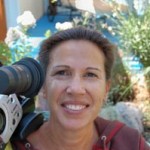 Sarah C. Sifers, Ph.D. served as the producer, director, cinematographer, sound person, and writer for this production. She is a licensed psychotherapist and world-renowned scholar who has conducted ethnographic fieldwork with shamans in Siberia, Brazil, Nepal and the Navajo Reservation in Arizona. She brings to the project advanced knowledge, research and experience on both Tibetan and Nepali shamanism and culture. Since 1998, she has spent extensive time in Nepal researching and documenting the work of Tibetan and Nepali shamans. She has written articles for academic journals about her experiences in Nepal. Fate of the Lhapa is her first documentary. Sarah worked as a cinematographer on Jenny MacKenzie’s documentary Kick Like A Girl. She also traveled to Dharamsala India in March of 2007 to film a special long life offering ceremony for His Holiness the Dalai Lama.

In the fall of 2000, Sarah embarked on an adventure that took her to a Tibetan Refugee Camp in Pokhara Nepal. She traveled in pursuit of a dream. The previous year, Sarah was part of a group that traveled to Pokhara from Kathmandu to spend several days with then 84 year old Tibetan healer Pau Karma Wangchuk. The group spent their time with Pau Wangchuk asking him questions and observing him as he performed healings and divinations on the group’s behalf. There was an air of sadness about him. He conveyed to the group the news that his son (and apprentice) had died unexpectedly that summer. With the passing of his son, Pau Wangchuk’s knowledge was sentenced to its own death at the time of his passing. As the group queried Pau Wangchuk about his shamanic practice, spontaneous initiation at the age of 13, his subsequent apprenticeship, and escape from Tibet into Nepal, he kept responding, ‘someone needs to be recording this’, ‘someone needs to be getting this down.’ And Sarah knew in that time and place that she could do that for him. She could return to Pokhara Nepal and record Wangchuk’s story. And so she did. During the 2000 Sundance Film Festival, Sarah hung out at the House of Docs and asked as many questions as she could about equipment. Based on that information, she purchased a Canon XL1, Sure field mixer, wireless and shotgun microphones, cables, minidv tapes, a tripod, and headphones. She spent the next eight months learning how to use the equipment. She went on commercial shoots in the Salt Lake City area and picked the brains of any camera and sound person she could find. She then returned to the Tibetan refugee camp in Nepal in September of 2000.

What Sarah encountered far surpassed her expectations. Not only was she able to record Wangchuk’s story and healing ceremonies but discovered Pau Pasang Rhichoe and Pau Nyima Dhondup, two other old Tibetan shamans confronting the same extinction of their ancient family tradition. She has come to know and cherish these three old men. She’s been taken into their families and granted unprecedented access. Over the course of six visits, Sarah has recorded over 300 hours of footage. She was granted fiscal sponsorship by The International Documentary Association. Then, in Salt Lake City, she formed Indigenous Lenses, a 501(c)3 non-profit production company to support this documentary project. Sarah located a local Tibetan man and together they translated and transcribed all of the interviews and ceremonies. From those transcripts, Sarah pulled out a script and created a sequence list for editing. Sarah initially tried to edit the documentary herself. And as much as she would have loved to piece the story together by herself, she found that editing was not her forte. She interviewed many local Salt Lake editors, watched sample reels and found Genea Gaudet. Using Final Cut Pro, Genea pieced together a two minute and an eight minute fundraising trailer and during the summer of 2005, Sarah and Genea created a rough cut of the doc. She hosted focus groups and took their comments back to the editing studio and locked the picture. Sarah continues to hang out at the Filmmaker’s Lodge each year during the Sundance Film Festival, networking with producers, directors, editors and composers. Throughout this amazing process, she continues to meet many generous people who are willing to share their time and expertise. The project seems to have a life of its own.